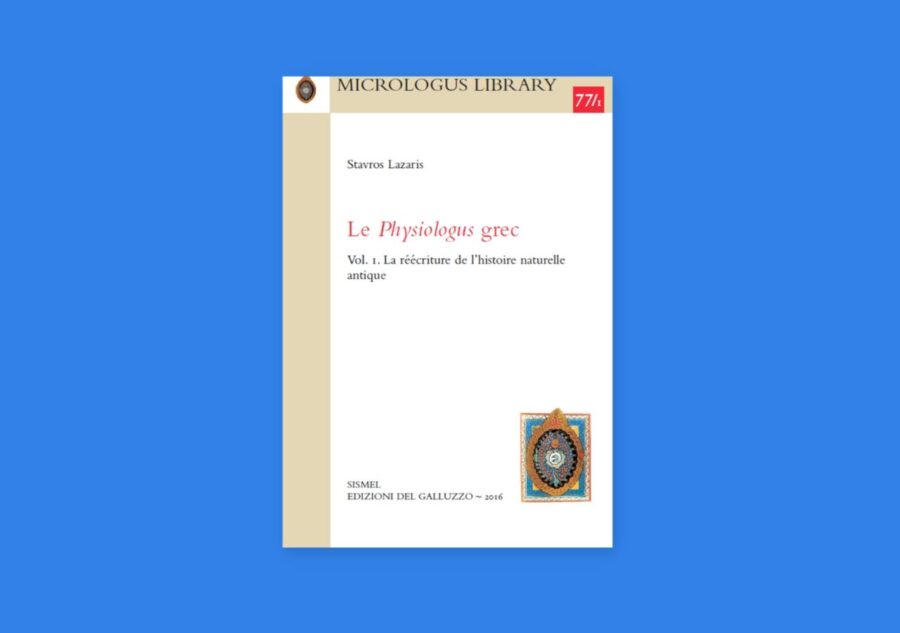 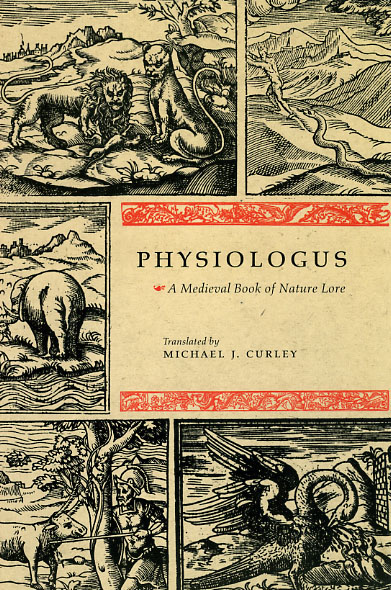 Little do we know about the earliest Christian book of science, Physiologus (“natural philosopher”), the main object of Stavros Lazaris’ (the French National Centre for Scientific Research) interest over the years. The book reviewed here, the first volume of the trilogy Le Physiologus grec (“the Greek Physiologus”), has already been followed by a second volume (2021) analysing the illustrations that accompany the description of animals, plants, and minerals in this ancient work. The project will include a third study, on the posterity of Physiologus in the Renaissance and in modernity. Lazaris has also edited A Companion to Byzantine Science (2020).

The volume under consideration has two main parts. The first part discusses the origins of Physiologus and its manuscript traditions. Lazaris reviews the scholarly hypotheses regarding the authorship of this otherwise anonymous work (pp. 9–16) and its dating, with the author advocating a very early recension, in the first half of the second century (pp. 17–30, 144), and Alexandria as the place of its composition (pp. 31–36). While, here, I am not much interested in such technicalities, I voice my agreement on the proposed time and place. I have personally found allusions to Physiologus in Clement of Alexandria’s Exhortation, written in the second half of the same second century, which confirm Lazaris’ views. Accordingly, I must raise an eyebrow at the consensus, which Lazaris repeats (pp. 14–15), that there are no traces of Physiologus in Clement—especially given that eventually Lazaris returns to the matter by acknowledging Clement as inaugurating the approach at the heart of Physiologus’ method (p. 143). Of lesser interest, here, is the discussion of recensions and editions (pp. 47–78), which undoubtedly causes delight to philologists and others.

Fascinating is Lazaris’ enquiry about the sources of Physiologus, classical and scriptural alike (pp. 37–46), with the schema of direct and indirect sources at p. 44 providing extremely useful information. When considering this schema—which includes twenty classical sources and innumerable scriptural references—one quickly realises that this early Christian work perfectly exemplifies an integrated discourse, where faith and the available sciences creatively intersect. It is upon concluding this section that Lazaris gives the reader a sense of Physiologus’ approach. Specifically, in describing animals, plants, and minerals scientifically, by the standards of the time, together with offering ethical interpretations of the items, the work does not cultivate theory for the sake of theorising or knowledge as an end of all scientific enquiry; it is in order “to propose an exhortation for virtue and Christian edification” (p. 46). By the way, Clement also used animal types to indicate human characters and behaviours (see Exhortation 1.4.1).

The second part of the monograph deals with Physiologus as an illustration of how science can serve the goals of Christian faith (pp. 78–141). Here, Lazaris examines the ways the anonymous author(s) and editor(s) pushed the envelope of a Christian view of the available sciences, with faith, we read, confirming the validity of and reinterpreting scientific knowledge (pp. 101–109). The rest of the book considers Physiologus’ aims and reception (pp. 111–141).

Of particular interest is the section “The Content and the Structure of the Chapters” (pp. 81–99). There we learn that the main manuscript of Physiologus includes forty-eight chapters (other manuscript traditions giving either less or more sections), with animals featuring prominently whereas plants and minerals receive much less attention (two and six chapters, respectively). Of the animal kingdom, preference is given to terrestrial wild things, domestic animals being totally ignored, while crawling things and aquatic lifeforms are discussed sporadically (p. 83).

Lazaris shows that the author(s) of Physiologus treat(s) the items according to the accepted scientific standards of the time, describing their nature (physis) in detail. That some listed animals, like the phoenix or the siren, were imaginary was not known to the author(s), who assessed all by the same method. Accordingly, Lazaris refuses the anachronistic taxonomy of scholars, who classify the items as either real or fantastic (p. 82). In so doing, he brings the reader closer to the universe of the ancient author(s), whose world was as fascinating as that of the occasionally unbelievable lifeforms contemporary scientists discover in oceans, caves, and jungles. And, Lazaris notes, the more fantastic, the better these beings served the ethical purposes of the work. But this is not to say that Physiologus treats the various animals differently. They are all considered in the same manner, through relevant scriptural references, the available natural description, and by highlighting their moral significance (p. 85). Said otherwise, Physiologus establishes links between animal features and human attitudes. One would contemplate the nature of certain animals in order to learn something more than what they are and how they live—namely, what they teach us about ourselves (pp. 83–84). This, to me, is a way of saying that, for the ancient Christian author(s), the natural continuum between animals and people was as much a given as the common behavioural traits between them. And so, within Physiologus, while the Scriptures interpret life, the sciences analyse it.

This is a very interesting approach, especially for educated Christians, including scientists and students of science, and Lazaris is correct to characterise Physiologus as an early Christian “handbook for initiation in the Christian faith, a catechetical project whose goal was to communicate to its readers Christian ethics and the fundamentals of the new religion” (p. 144). While contemporary educators do not have to turn to the natural sciences of Physiologus in order to illustrate ethical principles for Christian students, the lessons of this ancient book can inspire them to follow a similar method when they discuss what we know about life, nature, and the cosmos.

While Lazaris’ take on Physiologus appears to have stirred a flurry of reactions among scholars (see the many references to his book in the edited collection of The Multilingual Physiologus, 2021), his contribution is of great relevance to educated Christians who cultivate wonder for God’s creation and seek to contemplate it through their own, Christian that is, eyes. A translation into English of his work would be extremely useful.

Associate Professor Doru Costache is the ISCAST Research Director and an Associate Professor at the Sydney College of Divinity. He is also an Honorary Associate in Studies in Religion at the University of Sydney. He is the author of Humankind and the Cosmos: Early Christian Representations (2021) 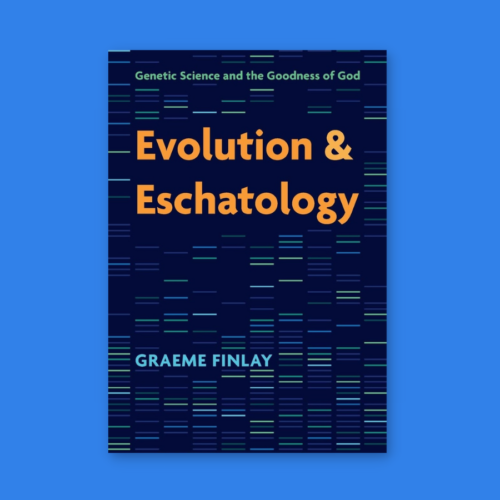 “Evolution and Eschatology: Genetic Science and the Goodness of God” by Graeme Finlay 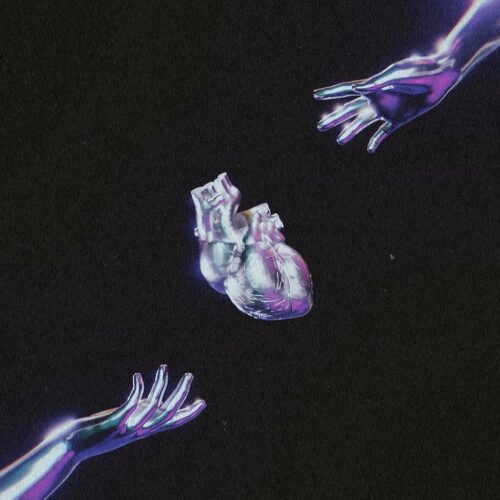 Imago Dei in the Age of Artificial Intelligence: Challenges and Opportunities for a Science-Engaged Theology 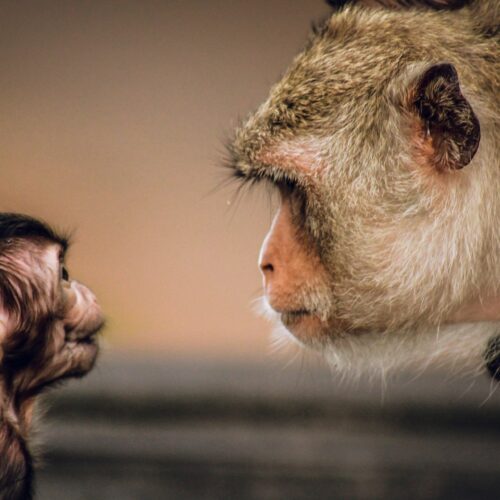 Evolution as History: Phylogenetics of Genomes and Manuscripts